The legs shown in the photos belong to 53 years old Latina female from San Fernando, California. She had come to our vein clinic for varicose vein treatment. The Duplex Ultrasound that the vein doctor of the center performed, revealed the woman had venous incompetence of her Great Saphenous vein and a perforator vein in her calf. These had resulted in the swelling of her leg and massively dilated varicose veins in her inner left thigh extending to her calf area.

Dr. Dishakjian, the vein doctor of the center treated the varicose veins of this woman with endovenous laser therapy (EVLT). The procedure involved the Laser ablation of her Saphenous and perforator veins.

The varicose vein treatment was later followed by 2 sessions of sclerotherapy injections of the surface bulging and blue veins. The after pictures were taken 3 months the sclerotherapy treatments. Note the minimal amount of residual staining over the treated veins which is expected to resolve within a few months. 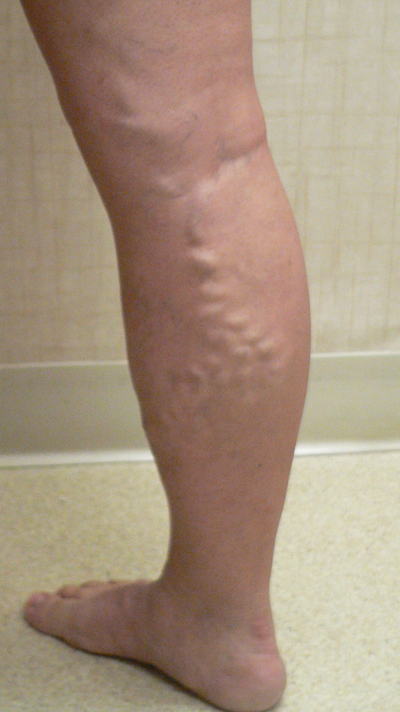 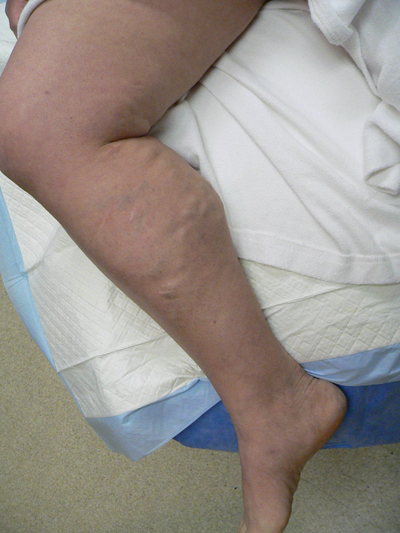 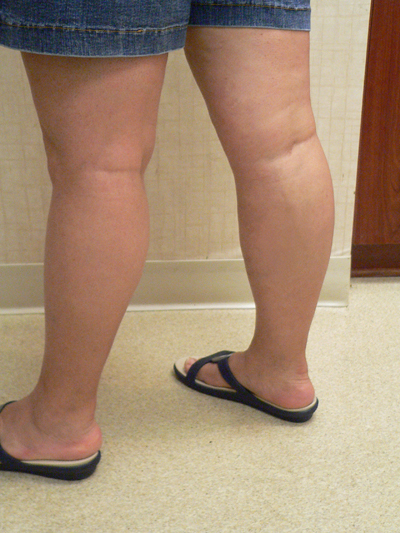